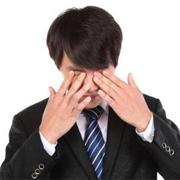 Exposed to the causative allergen, the mucosa of the eye conjunctiva is congested, becomes dropsical, itches and watered. In circumstances where the climate is hot, the weather is sunny and dry lasting 8 to 9 months per year, the pollinosis with various clinical symptoms, in general, and allergic conjunctivitis, in particular, is enduring enough, with violent clinical symptoms. Allergic conjunctivitis quite often runs with rhinitis (rhino-conjunctivitis). School-aged children often suffer from this pathology, and adolescents aged 15 to 30 rank second.

The symptoms are usually worse for patients during the blossoming period, when the weather is dry and windy, as well as during stay in the suburban area and in other areas rich in blossoming trees and plants. The acute redness, eyelid and eye-bulb hyperemia are reported. Children often lose performance efficiency since they experience acute photophobia. Under the conditions of the hot climate this event occurs quite often and appears the distinguished symptom of allergic conjunctivitis. Patients state their grievances on itching and burning sensation in the inner angle of the palpebral fissure that spread along the eyelids followed by the feeling of tension and pain. When examined, these patients are reported to have eyelid conjunctiva and eyes swelling and hyperemia. Eye discharge is muculent. The lacrimation is sometimes excessive that stimulates the patient to have the kerchief on hand.

The run of the perennial conjunctivitis is of cyclic origin, if not caused by pollen allergens. The exacerbation phase smoothly turns to the disease-free survival. This event depends on the contact with household and epidermal allergens.

In cases when the allergic conjunctivitis is associated with other allergic diseases apart from rhinitis, the symptoms that develop show as severe with signs of pollen intoxication. Based on the popular literature, the conjunctivitis is divided into edematous caused by inhalation allergens, and follicular that relate to the cell-mediated tissular lesion mechanism, for instance, contact-associated, drug-associated, endogenous, microbial and alimentary.